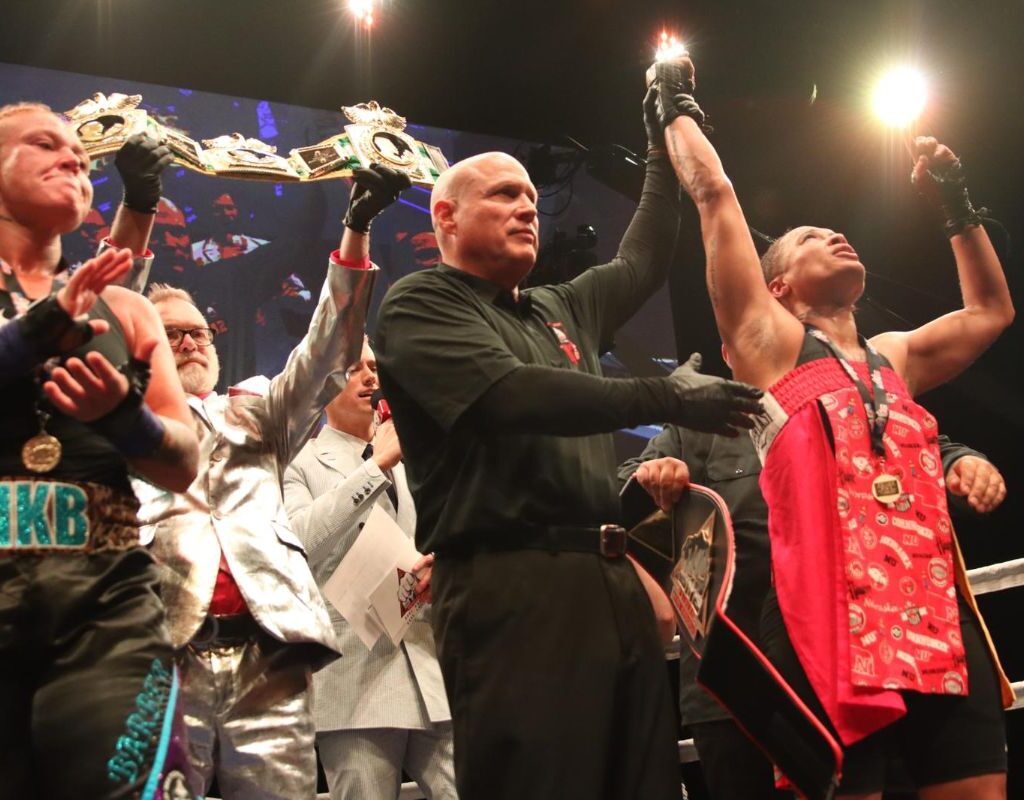 London, UK – BYB made its UK debut this Sunday, October 16 at the Indigo at the O2 in London.

In the evening’s fight of the night, 19-year-old Harvey “Bam Bam” Dossett put on a show in his bare knuckle debut against “Triple J” Jonny Jones.  The slugfest saw Jones come away with a split decision.

Ionel Levichi knocked out JD Burns to score the KO of the night and a first-round victory over the Berzerker.

Sonya Dreiling and Jamie Driver made history, becoming the first women to compete professionally in bare knuckle in the UK with driver earning the split decision after 5.

A high-intensity battle between LT Nelson and Nathan Decastro ended with a doctor’s stoppage in the 4th.

The bad blood between Eric “Bloodaxe” Olsen and Szymon “Shrek” Szynkiewicz remains unsettled as Synkiewicz takes another DQ win in the 3rd.

“Irish” Matty Moore made easy work of last-minute replacement Sam Wall with a 2nd round TKO.

“The Mad Dog” Stuart Maddox took down “The Tarantula” Darren Godfrey with a first round KO in a battle of BKB fighters.